On Saturday 19 January, the Oceanis 46.1  won the highly regarded title of European Yacht of the Year in the “Family Cruiser” category.

The suspense for the 19 yachts in the 5 categories competing for the European Yacht of the Year came to an end on Saturday 19 January. The panel of journalists from a group of European magazines gave its verdict at the “Flagship Night” ceremony, which was held within the walls of the Boot Düsseldorf.

The Oceanis 46.1 designed by Pascal Conq (Naval Architect) and Nauta Design (Deck and Interior Design), confirms the success of the new generation of Oceanis yachts. The panel stressed the yacht’s high performance and the incredible sensations at the helm.

For the third year running, a BENETEAU sailing yacht is one of the top boats awarded by the EYOTY jury. 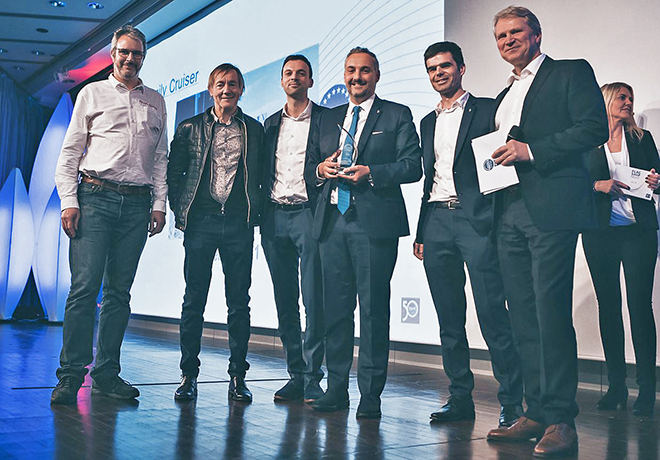 Gianguido Girotti, Managing Director of BENETEAU, at the prize-giving

He stands in the company of Pascal Conq and David de Prémorel from the Finot-Conq office, Clément Bercault and Damien Jacob from Beneteau, as well as the master of ceremonies.

Back to Home Page